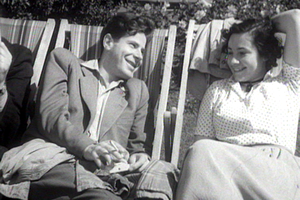 Feature films produced in, or about, Ireland make up a significant proportion of the Archive’s collection. These include titles by non-Irish production companies, independently produced Irish feature films and the collections of filmmakers such as John Boorman and Neil Jordan. The collection represents every decade since the first Irish cinema opened in 1909, with the oldest feature preserved being Lad from Old Ireland (1910). Recent indigenous film production now comes to the Archive via a preservation agreement with the Irish Film Board.