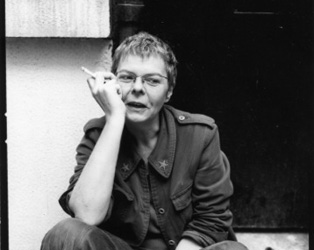 We are delighted and honoured that Pascale Ferran will be attending the Festival.

After studying at Paris III University and the IDHEC, Ferran worked in television and notably as a screenwriter for Arnaud Desplechin. Her impressive debut, Petits arrangements avec les morts (winner Caméra d’Or, 1994), was followed by L’Âge des possibles (1995). In 1999, she supervised the French dubbing of Eyes Wide Shut. Lady Chatterley (2006) received numerous awards while Bird People competed in Un Certain Regard at the Cannes Film Festival 2014. (MPR)

The IFI thanks Sanam Madjedi at Films Distribution.