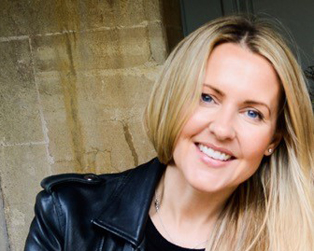 Orlagh Collins, co-producer of Mary Shelley, gives some behind-the-scenes insight into how the film came about. Mary Shelley opens at the IFI on July 7th (tickets).

When I was asked by Parallel Films to co-produce a film charting the complex and turbulent relationship between the teenage Mary Shelley — or Mary Wollstonecraft Godwin as she was then — and the poet Percy Shelley, I jumped at the chance. I enjoyed Frankenstein, I’m a sucker for a first love story and besides, this Mary sounded like a badass. Little did I know how badass she really was. As I read the script and started looking into her life, I was struck by her remarkable backstory. I was also shocked by how little I knew of it and I wasn’t alone. Incredibly, her personal story was largely untold. Mary’s own monster, overshadowed her in life and in history.

There was so much to love about the project; Amy Baer, the originating producer, had appointed Haifaa Al Mansour, the trailblazing Saudi Arabian director (Wadjda 2014). In spite of the evident cultural differences, Al Mansour was an inspired choice to tell the story of the 19th century English novelist, able to relate to Mary’s struggle to find her voice, both personally and professionally, in a society that wanted to keep her quiet. As a contemporary filmmaker in Saudi Arabia, Al Mansour shared some of the same constraints that Mary had come up against two hundred years prior. Not only this, but the extraordinary Elle Fanning – hello, Super 8! – was to play Mary. Aged just 17 during filming, Elle gives an astonishingly moving and memorable performance, capturing Mary’s depth of feeling without a trace of melodrama and straddling that difficult line between rebellious teen spirit and the weight of womanhood with such superb subtlety.

Mary pushed boundaries in her work and how she chose to live. The sad truth is that her formidable genre-defining novel was borne out of her own traumatic life experience. At just 18 years of age and from the most devastating loss, Mary crafted a story of rebirth, writing a book that challenged religious doctrine and asked brave ethical questions. Brilliantly, this fearless young woman chose to write outside of what was deemed ‘acceptable’ realms of literature for women, creating what we now know as Science Fiction, a genre still dominated by male voices today.

It was impossible not be excited and inspired. Quickly we gathered a superb cast including Douglas Booth and Bel Powley and talented crew from both Ireland and Luxembourg to bring her remarkable story to life. It was one that simply had to be told.

Mary Shelley opens at the Irish Film Institute on Friday the 6th of July 2018.