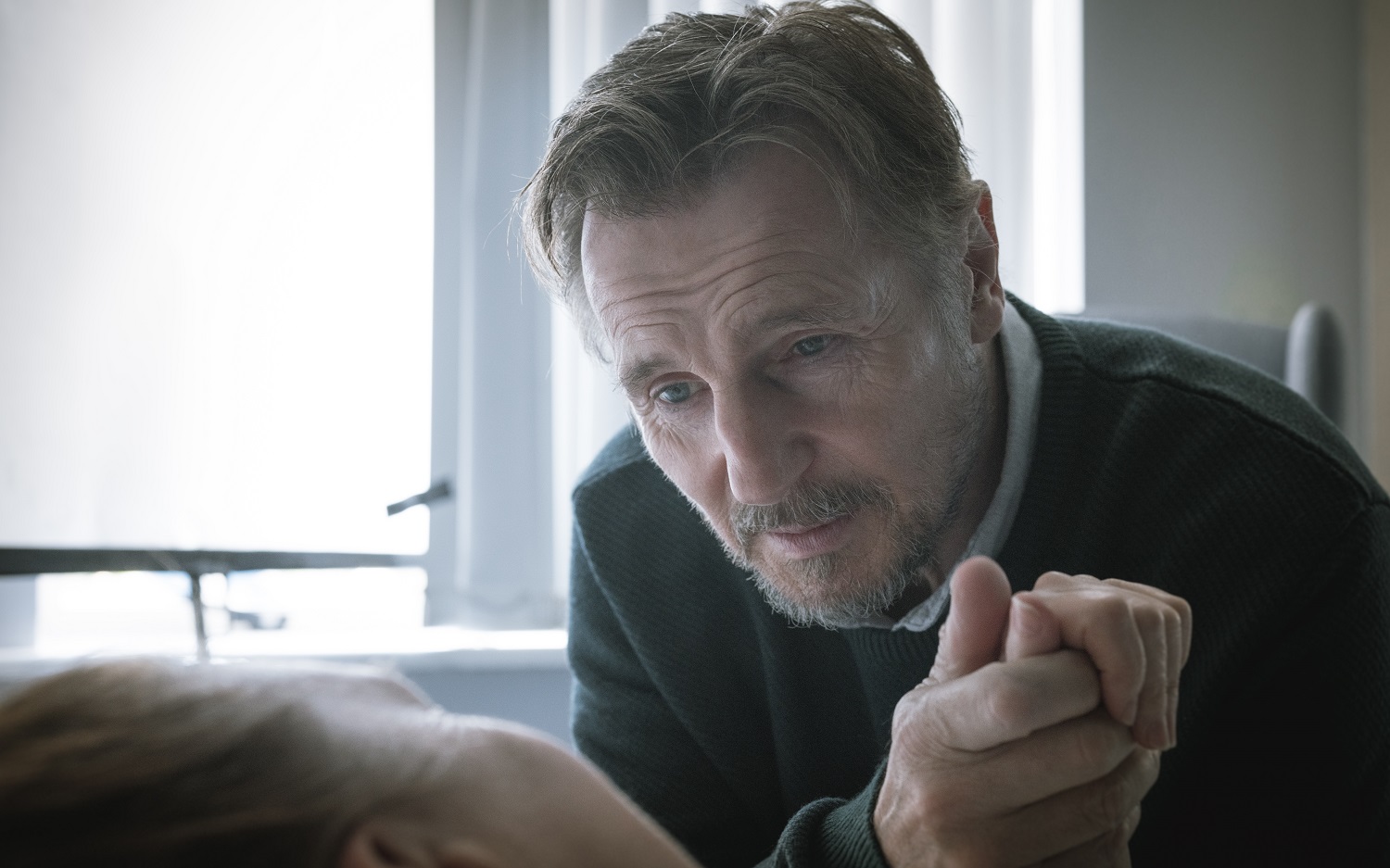 November 18th 2019: The Irish Film Institute (IFI) is delighted to welcome producer Brian J. Falconer and directors Lisa Barros D’Sa and Glenn Leyburn to the IFI on Tuesday, December 3rd for a preview screening of acclaimed drama ORDINARY LOVE at 20.30; the screening will be followed by a Q&A. Tickets for this very special event are now on sale here.

Joan (Lesley Manville) and Tom (Liam Neeson) have been married for many years. There is an ease to their relationship which only comes from spending a lifetime together and a depth of love which expresses itself through tenderness and humour in equal part. When Joan is diagnosed with breast cancer and undergoes surgery and chemotherapy, she bonds with the terminally ill Peter (David Wilmot), who has chosen to stop his treatment. As Joan becomes increasingly more comfortable among her fellow patients, the illness exposes cracks in their marriage and Tom finds himself isolated. ‘We’re both going through this together’, he angrily protests, to which Joan responds, ‘no, we’re not’.

Written by playwright Owen McCafferty, whose own wife is a breast cancer survivor, and produced by Falconer, David Holmes and Piers Tempest, with music by Holmes and Brian Irvine, the film received its World Premiere at this year’s Toronto International Film Festival. Ordinary Love is a Canderblinks and Out of Orbit production, in association with Head Gear Films, Metrol Technology, Kreo Film and Bankside Films, presented by BFI and Northern Ireland Screen.

ABOUT LISA BARROS D’SA AND GLENN LEYBURN
Lisa Barros D’Sa and Glenn Leyburn’s debut feature film, Cherrybomb, starring Rupert Grint, Robert Sheehan and Kimberley Nixon, premiered at the Berlinale in 2009. Their second feature was the critically acclaimed Good Vibrations, an ‘impassioned, funny and monumentally likeable’ (Time Out) biopic set in the punk music scene in Northern Ireland during the Troubles. The film won various awards including Best Film at the 2012 Galway Film Fleadh and Best Film of the Year from the BBC and Guardian’s Mark Kermode.

Lisa Barros D’Sa studied English at Oxford and has an MA in Screenwriting, and is a published short story writer. Glenn Leyburn became a filmmaker after working successfully for many years as a graphic designer, predominantly in the music industry, becoming a record label art director as well as a director of music videos.

ABOUT BRIAN J. FALCONER
Based in Belfast, Brian Falconer has produced 15 short films through his production company OUT OF ORBIT, including the Oscar-nominated and BAFTA Award-winning Boogaloo And Graham. His debut feature The Dig, directed by The Tohill Brothers, received a 2018 British Independent Film Award nomination, won Best Film at the 2018 Galway Film Fleadh, and had its North American premiere at the Toronto International Film Festival 2018. The Dig had its Irish theatrical release in April 2019. Ordinary Love is Falconer’s second feature film.