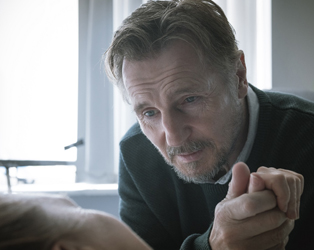 This screening will be followed by a Q&A with producer Brian J. Falconer, and directors Lisa Barros D’Sa and Glenn Leyburn, hosted by Tara Brady of the Irish Times.

Retired Belfast couple Joan (Lesley Manville) and Tom (Liam Neeson) have, over the years, learned to live with the death of their teenage daughter, Debbie. Their life together is comfortable if unremarkable, full of reassuring routines, such as their brisk daily walk along the waterfront (Tom has a new fitbit), and filled with the affectionate bickering that comes from a lifetime of shared experiences. Everything changes when Joan finds a lump and is diagnosed with breast cancer, undergoing surgery followed by chemotherapy. Increasingly more comfortable amongst the sick, Joan bonds with the terminally ill Peter (David Wilmot), who has chosen to stop his treatment. As the long illness exposes fault lines in their relationship, Tom finds himself in an isolated position; ‘We’re both going through this together’, he angrily protests, to which Joan responds, ‘no, we’re not’.