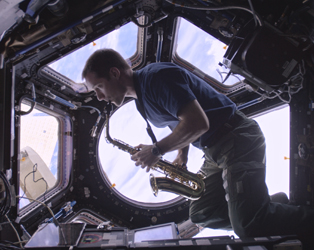 The Night of Ideas is a worldwide initiative, spearheaded by Institut Français, that celebrates the constant stream of ideas between countries, cultures and generations.

The Irish Film Institute and the French Embassy are proud to present this second edition in Ireland, the theme of which is “Facing our time”.

On November 17th 2016, French ESA astronaut Thomas Pesquet takes off for his first mission in space. For six months, 450 kilometres from Earth where the world seems to fade into the unknown, a dialogue is established between the astronaut and  Antoine de Saint-Exupéry’s classic The Little Prince, which be brought with him on the space station.

This Irish première will be followed by a panel discussion on the objectives and ambitions of space exploration featuring  the film director Pierre-Emmanuel Le Goff, Professor Lorraine Hanlon, UCD School of Physics and EIRSAT-1 project leader and Dr. Niamh Shaw, Science & Space communicator, Artist in Residence at CIT Blackrock Castle Observatory Cork and making her own bid to get to space as citizen of Earth.

Presented in collaboration with: