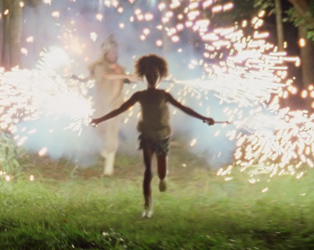 The inclusion of Short Courses in the new Junior Cycle offers opportunity for learning in innovative and exciting fields that will link in with and contribute to assessment. Over the past year, along with FÍS Film Project and Fresh Film Festival, we piloted ideas for a Short Course in Film with a number of teachers. Exploring highly creative ways of teaching and learning with film, their findings contributed to the development of the Short Course which comprises strands in Film Watching, Making and Showing.

This Course has been devised according to the template, guidelines and standard set down by the NCCA. It identifies Learning Outcomes for each strand, offers suggestions for assessment and is intended to make up 100 hours of student engagement. Each strand outlines a number of themes, but all stem from the basic acquisition of film language.

We are aware that schools are not in a position this year to fully embark on Short Courses. However, if you would like to pilot any aspect with us this term, or introduce film language, we would be delighted to hear from you.

With the introduction of the new Junior Cycle English Curriculum this term comes a whole new list of recommended texts, including ten excellent films. We’d like to get an idea of which films are popular in order to arrange screenings. Please vote for your choice on our poll HERE. Choose from: