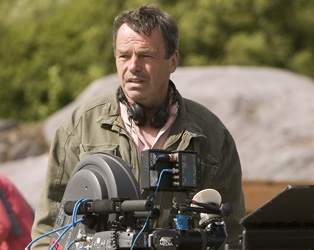 If Neil Jordan didn’t exist, you’d be hard-pressed to invent him. There’s simply no precedent on these shores for a gifted young novelist turning to film, then carving out a decades-long career at home and in Hollywood, all the while keeping his creative integrity defiantly intact. Back in the ‘70s, the notion that someone from Ireland could pull off that sort of trick would have seemed an absurdity. Nowadays however, Jordan is pre-eminent though not alone among Irish film-makers of world stature, and continues to thrive in a native context where cinema is now central to the arts culture rather than a luxury product to be imported from elsewhere.

As a prelude to the release of Byzantium, his latest darkly captivating saga, here’s a splendid opportunity to survey a major filmography – to be challenged by Jordan’s consistently bracing insight into the best and worst of ourselves, to savour his bitter humour, admire his visionary craft, and thrill to some magnificent performances. Visit some old friends. Make some new ones. Reassess. And marvel.

Introduction and notes on individual films by Trevor Johnston. See our online exhibition of a sample of Neil Jordan’s substantial document collections held by the IFI Irish Film Archive.

Neil Jordan will be interviewed by his friend and collaborator Pat McCabe in our FREE Afternoon Talk on Saturday, May 25th at 14.10.

As part of this season, we’re pleased to screen the first feature ever directed by Neil Jordan, The Making of Excalibur: Myth into Movie, which he filmed on the set of John Boorman’s 1981 epic , and which is now preserved in the IFI Irish Film Archive. May 25th (13.00). Tickets €5.