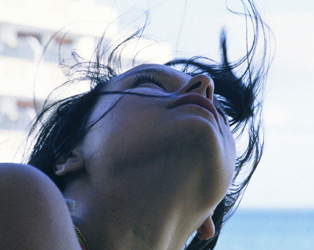 The screening will be introduced by Willie White, Artistic Director of the Dublin Theatre Festival.

Samantha Morton plays Morvern Callar, a supermarket assistant in a small Scottish port town who wakes up on Christmas morning to find her boyfriend has committed suicide, leaving for her the manuscript of his unpublished novel. Inscrutably, she disposes of the body, claims the novel as her own, and sends it to a publishing house before leaving for Spain with her best friend. Lynne Ramsay proved herself to be one of the most distinctive voices in UK cinema with this visually striking adaptation of Alan Warner’s novel.

Please note that this rare 35mm print of Morvern Callar has been sourced from Norway and will screen with Norwegian subtitles.

Lynne Ramsay’s You Were Never Really Here opens at the IFI on March 9th.