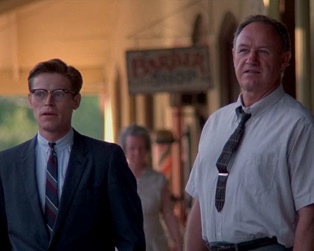 Based on a true story, it centres on the murders of three young civil rights activists and the resulting investigation led by two FBI opposites, played by Gene Hackman and Willem Dafoe, which uncovers the racism and prejudice at the heart of the society. Parker draws on the police procedural and the brilliant performances of his leads, including Frances McDormand as the sheriff’s wife, to depict the power that was within the civil rights movement, and the endemic bigotry that it set out to overcome.