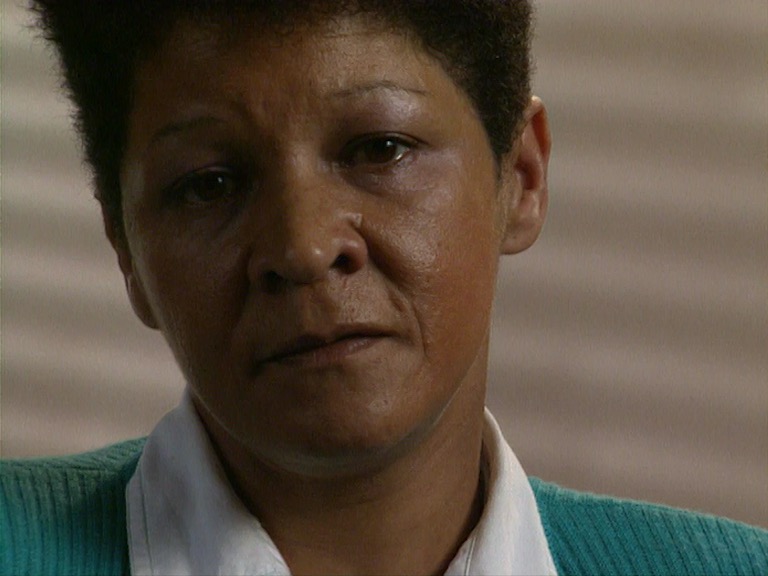 December 4th 2019: The Irish Film Institute (IFI) is proud to today launch groundbreaking work from the late documentary filmmaker Louis Lentin on the IFI Player. For almost 30 years, Lentin produced drama for RTÉ before embarking on an independent career in which he made a series of pioneering documentaries. The material available from today includes the seminal Dear Daughter, the three-part Stolen Lives series, Ár Dover Féin, and Grandpa, Speak to Me in Russian.

The Louis Lentin Collection can be viewed free of charge worldwide on the IFI’s online platform, the IFI Player, at www.ifiplayer.ie/louis-lentin, and via the free IFI Player iOS app, developed by Irish tech company Axonista.

Born in Limerick in 1933, Lentin cut his teeth in theatre, working on the Irish premieres of Samuel Beckett’s Krapp’s Last Tape and Endgame. He joined RTÉ in 1961, and in 1966 produced and directed Insurrection, a pioneering eight-part reconstruction of the events of the Easter Rising which was broadcast nightly during the 1966 centenary celebrations. As RTÉ’s Head of Drama, he oversaw the Thursday Playdate and the Sunday Series that showcased plays by leading Irish playwrights.

Lentin left RTÉ in 1989 and formed the independent production company Crescendo Concepts. As a producer, he tackled a range of challenging subjects. He is particularly remembered for Dear Daughter, a searing documentary about abuse at the Goldenbridge Sisters of Mercy orphanage which highlighted the cruel mistreatment Christine Buckley and other survivors suffered; he further explored this subject in his three-part series Stolen Lives for TV3 in 1999. These groundbreaking programmes caused a national outcry that eventually led to the establishment of the Murphy and Ryan reports, the Redress Board, and an apology from Taoiseach Bertie Ahern to survivors of institutional abuse.

Speaking about the release of the material on the IFI Player, Ronit Lentin, Louis Lentin’s wife, commented, ‘Louis was deeply committed to telling cinematic stories illuminating the dark corners of Ireland past and present. Dear Daughter – which achieved the highest ever viewing figures for documentaries on RTÉ – and Stolen Lives haunted him and thousands of viewers. So did the stories of Jewish and Irish migrants told in Grandpa, Speak to Me in Russian, and Ár Dover Féin. Louis’s children and I thank the Irish Film Institute for making this collection publicly available.‘

Commenting on Louis Lentin’s work, IFI Director Ross Keane said, ‘Like so much of the material available on the IFI Player, the work of Louis Lentin provides a valuable insight into a pivotal point of recent Irish history. The profound political and social impact of his filmmaking was the result of the nuanced and empathetic approach to those he interviewed, and his determination to uncover an Ireland many would have happily left hidden. The IFI is proud to make these three films and the Stolen Lives series available free-to-view worldwide.‘

1999’s Ár Dover Féin examined the 1937 case of ten Achill Island men, aged between 13 and 23, who died in a fire at Kirkintilloch near Glasgow; they perished on their first night away from home, having migrated to Scotland to work in the potato fields. The documentary investigates the tragedy and considers the plight of migrant workers over the years. Lentin’s final documentary, 2007’s Grandpa, Speak to Me in Russian, tells the story of his paternal grandfather, Kalman Lentin, who migrated to Ireland from Lithuania in the 1890s as an unaccompanied minor.

The Louis Lentin Collection can be viewed free of charge worldwide on the IFI’s online platform, the IFI Player, and via the free IFI Player iOS app, developed by Irish tech company Axonista.

The Louis Lentin Collection is kindly supported by Axonista. The IFI Player is delighted to partner with Irish Central as its official International Media Partner.

ABOUT THE IFI
The Irish Film Institute is Ireland’s national cultural institution for film. It provides audiences throughout Ireland with access to the finest independent, Irish and international cinema. It preserves and promotes Ireland’s moving image heritage through the IFI Irish Film Archive, and provides opportunities for audiences of all ages and backgrounds to learn and critically engage with.

ABOUT THE IFI IRISH FILM ARCHIVE
The Irish Film Institute is the custodian of Ireland’s unique moving image heritage. As the home of the national collection of moving image, the IFI Irish Film Archive is at the centre of this activity, comprising a collection of over 30,000 cans of film and 10,000 broadcast tapes documenting Ireland’s past and present from 1897 to the present day, chronicling the social, political and cultural development of modern Ireland. The mission of the IFI Irish Film Archive is to acquire, preserve and provide access to Ireland’s moving image collections and associated materials for the benefit of current and future generations.

ABOUT THE IFI PLAYER
The IFI Player is a virtual viewing room for the digitised material from Ireland’s remarkable moving image collections held in the IFI Irish Film Archive, giving audiences across the globe instant access to this rich heritage. The material on the IFI Player has been selected to give audiences a taste of the breadth and depth of the collections preserved by the IFI Irish Film Archive. Home movies, newsreels, travelogues, animation, feature films, public information films and documentaries have been included as we have tried to reflect all aspects of indigenous amateur and professional production. This project is the result of an extensive Digital Preservation and Access Strategy developed over several years by the IFI. ifiplayer.ie