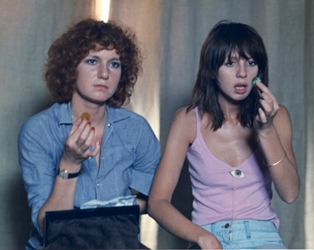 One of France’s most prestigious independent production and distribution companies, Les Films du Losange was founded in 1962 by Barbet Schroeder and Éric Rohmer. During this period, a number of filmmakers of the New Wave set up their own companies, revolutionising filmmaking and traditional modes of production. This allowed Rohmer and Schroeder to make their films within an economic framework, and with complete creative control.

While Rohmer and Schroeder remained faithful to ‘Le Losange’, the company expanded to work with many other auteurs, such as Jacques Rivette, Marguerite Duras and Jean-Claude Brisseau. In 1975, Margaret Menegoz became head of the company. Le Losange has continued to show passion and perseverance by growing from production into distribution and international sales, always in the pursuit of stimulating, relevant, and audacious filmmaking from acclaimed directors, including Michael Haneke.

To celebrate the 50th anniversary of Les Films du Losange, the IFI presents a selection of films the company has produced and/or distributed. The season will continue into November, culminating in the 13th IFI French Film Festival (November 14th – 25th), which will open with the Irish premiere of Michael Haneke’s Palme d’Or-winning Amour (Love).

The IFI would like to thank at Les Films du Losange: Margaret Ménégoz, Marine Goulois, and particularly Thomas Petit for his advice and support; the French Embassy in Ireland and the Institut Français, Paris for their assistance with mounting this programme.