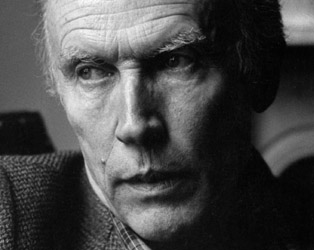 Éric Rohmer (1920-2010) came to filmmaking relatively late – he was a teacher, journalist and writer before directing his first short film. In 1962 he co-founded with Barbet Schroeder Les Films du Losange, which produced the majority of his work. His output includes three cycles of films: The Six Moral Tales from the 1960s; The Comedies and Proverbs (1980s); and in the 1990s, Tales of the Four Seasons.

Rohmer wrote, “One does not lie often enough in films.” With Tales of the Four Seasons he pursues this through his exploration of games of chance, truth and love. The drama which unfolds between the main protagonists is often more complex than it first appears and beyond the comprehension of the characters, while only the viewer, like an absent character from the film, witnesses what really happens.

Rohmer’s filmmaking is classic, yet modern, precisely ordered, elegant, aesthetic, and enchanting. This gifted and much-adored French director has created a unique niche for himself in screen history with his exquisite and nuanced explorations of the nature of love.

The IFI would like to thank at Les Films du Losange:  Margaret Ménégoz, Marine Goulois, and particularly Thomas Petit for his advice and support; the French Embassy in Ireland and the Institut Français, Paris for their assistance with mounting this programme.

This event is the second part of the IFI’s Les Films du Losange 50th Anniversary programme. This programme consists of three parts: Part One (showing in October) and Part Three which is running as a strand of 2012 IFI French Film Festival.