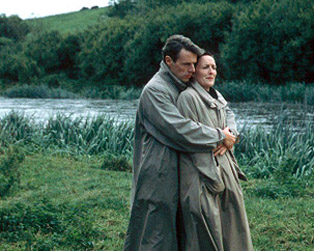 In an elegant estate in Cork in 1920, Sir Richard (Michael Gambon) and Lady Myra Naylor (Maggie Smyth) ignore the War of Independence as it rages around the country, holding elaborate dinner parties and army dances in the twilight of their reign as Anglo-Irish gentry. Meanwhile, their high-spirited niece spurns the attentions of a British Army Officer in favour of a young Irishman who is involved in the Rebellion. This lush period drama filmed in Dowth Hall, Co. Meath is adapted from Elizabeth Bowen’s much admired 1929 novel.

This screening will be followed by a panel discussion with photographer James Fennell (Burtown House), Fionnuala Ardee (Killruddery House) and location manager Colm Nolan (Love and Friendship, Penny Dreadful), exploring the use of the Irish country house in cinema.