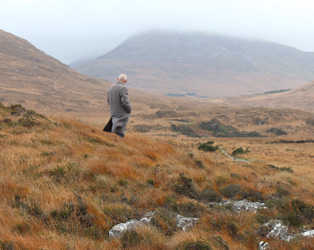 This film was released on Friday 18th October 2019 and is no longer screening.

Land Without God examines the legacy of institutional abuse by the Irish Church and State over the last century. Gerard Mannix Flynn meets with generations of his family who, for the first time, speak openly about their harrowing childhood experience of being removed
from the family home and incarcerated in merciless religious-run homes and industrial institutions where they worked the land from dawn until dusk, ill-clothed and half-starved.

In adulthood, the survivors continued to live lives in and out of institutions in an endless and unavoidable cycle of dysfunction. The film focuses on the impact the abuse has had on those who experienced it and on their families and wider community. Flynn’s powerfully  personal and direct address asks why did this happen and how does one escape the trauma buried deep in the bones of generations.