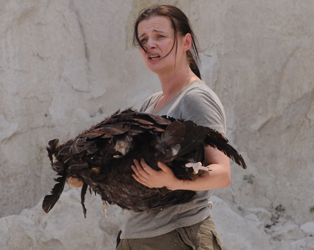 The work of Krzysztof Krauze has screened in previous editions of this festival, including My Nikifor (2004) and Papusza (2013).

The latter was co-directed with his wife, Joanna Kos-Krauze, a collaboration that was to have continued with Birds Are Singing In Kigali until his untimely death from cancer during filming forced Kos-Krauze to complete the work alone.

Lead actresses Jowita Budnik (Anna) and Eliane Umuhire (Claudine) excel as the Polish ornithologist working in Rwanda who smuggles the native daughter of a murdered colleague out of the country at the time of the genocide against the Tutsi. Safely in Poland, the two struggle with bureaucracy and the effects of the atrocities they witnessed and survived in this compassionate and poignant film.