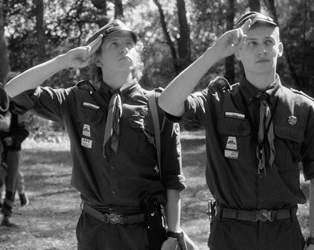 This screening was followed by a Q&A with director Robert Glinski.

In his previous films, such as Stones For The Rampart (2014), director Robert Gliński has addressed socio-political issues in Poland and Germany, often under the guise of coming-of-age films.

Be Prepared follows in a similar vein, taking inspiration from the spirit of Lord Of The Flies as well as working as an allegory of the rise of nationalism. A group of Polish boy scouts are taking part in summer camp, learning nature skills and the value of co-operation. The camp annually invites a group of underprivileged children to participate, and on this occasion, a group of Ukrainian hooligans attend, bringing discord to the camp. The discovery of a scout’s body is the starting point for an intriguing study of group dynamics.