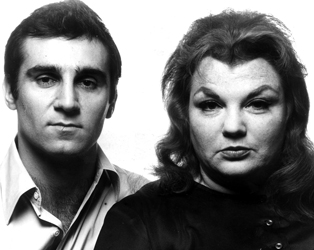 This is one of the great American crime movies and deserves better than its reputation as a minor cult classic. Ray (Tony Lo Bianco) is a swindler who uses the lonely hearts columns to prey on women by promising love and marriage.

Martha (Shirley Stoler) could have been one of Ray’s victims but instead becomes his lover and associate in crime. The couple prove to be a lethal combination when they operate as a brother-sister team, with Ray’s philandering and Martha’s jealousy leading to a string of gruesome murders. Director Leonard Kastle’s take on this material is fascinating and his treatment never less than inspired, resolutely refusing to glamourise either the killers or their victims.