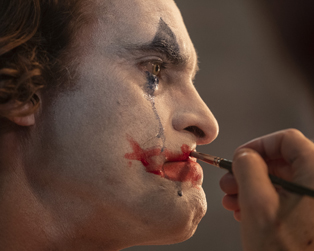 Winner of the Golden Lion at this year’s Venice Film Festival, Joker is Todd Phillips’s original vision of the infamous DC villain, an origin story infused with, but distinctly outside, the character’s more traditional mythologies.

Joaquin Phoenix plays Arthur Fleck, a man struggling to find his way in Gotham’s fractured society.  Longing for any light to shine on him, he tries his hand as a stand-up comic, but finds the joke always seems to be on him. Caught in a cyclical existence between apathy and cruelty and, ultimately, betrayal, Arthur makes one bad decision after another that brings about a chain reaction of escalating events in this gritty, allegorical character study. The film is suffused with an atmosphere of unrest, fostering a man on the brink who, like his city, grows closer to the precipice.