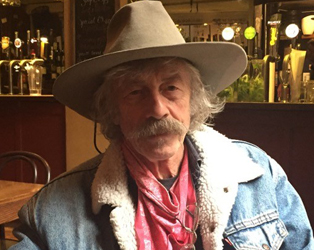 John T. Davis is internationally recognized as Northern Ireland’s most distinctive documentary filmmaker and cinematographer. To mark his 70th birthday on March 7th, 2017, and in recognition of his over 40 years of filmmaking, we present a selected retrospective of his work.

This interview and screening is part of Peripheral Visions: John T. Davis, A Retrospective taking place from March 8th – 22nd.