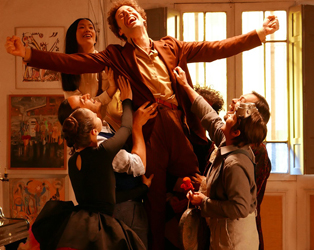 Continuing his cinematic autobiography, this sequel to The Dance of Reality again showcases Jodorowsky at his most exuberant, drawing comparisons with Fellini as his cinematic self moves towards adulthood and art. With master cinematographer Christopher Doyle overlaying the director’s visuals with his own lush style, the film is a freewheeling burlesque that focuses on the adolescent Jodorowsky’s troubled relationship with his father and his growing interest in poetry, as well as his early love affairs which come about in no small part because of his membership of a community of fellow aspirational bohemians. By turns bawdy and surreal, the film is perhaps most surprising for its emotional resonance, with Jodorowsky unafraid to appear before his audience as tender and vulnerable.