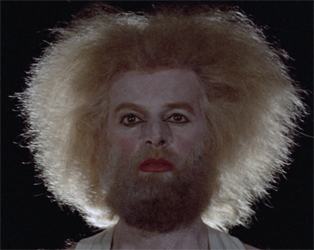 In this picaresque Western, Jodorowsky himself takes the lead role of the violent gunfighter seeking redemption and enlightenment. When El Topo (the Mole) comes across a village whose inhabitants have been slaughtered, he hunts down and kills the instigators, which in turn leads him to duels with four great gun masters, encouraged by the mysterious Mara (Mara Lorenzio), despite his growing misgivings. Ultimately betrayed by her, he resolves to help the tribe of deformed outcasts who have taken him under their protection.

The film that brought Jodorowsky to international attention and established him as a leading figure of the counter-cultural movement, El Topo’s mixture of violence, symbolism, and religious imagery remains as startling and original an experience as it was on release half a century ago.