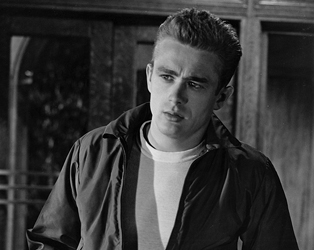 “An actor must interpret life, and in order to do so must be willing to accept all the experiences life has to offer. In fact, he must seek out more of life than life puts at his feet. In the short span of his lifetime, an actor must learn all there is to know, experience all there is to experience, or approach that state as closely as possible. He must be superhuman in his efforts to store away in the core of his subconscious everything that he might be called upon to use in the expression of his art.” James Dean

The promotion of James Dean as poster boy for the ‘live fast, die young’ campaign cheapens the tragedy of his death. He was just 24 years old when he was killed in a car crash, by which time he had taken major roles in only three features, yet the impact of his revelatory performances in those films were such that it sent shockwaves through Hollywood, not only at the time, but for generations to come. A keen student of Lee Strasberg and early convert to the method school of acting, Dean lived his roles in a way that few had before him. That shock of the new, combined with films that exploited his youthful beauty and his innate ability to dramatise universal questions young people continue to be confronted with, are possible reasons why he has endured.

The IFI is delighted to present new digital restorations of the three films that are the best part of his legacy.

Introduction and notes on individual films by Michael Hayden.