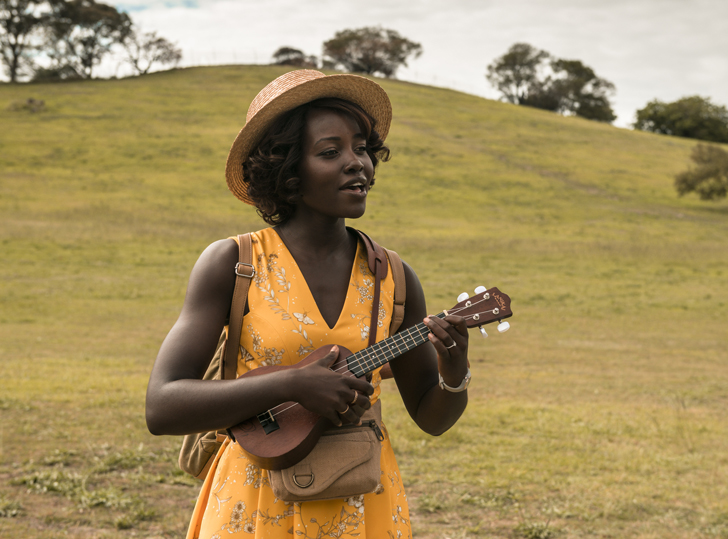 September 27th 2019: The most horrifying event in the Irish film calendar, IFI Horrorthon, will return to the newly refurbished IFI from Thursday, October 24th to Monday, October 28th. This year’s festival, the most international in its history, will open on Thursday 24th with the Irish premiere of Abe Forsythe’s zom-com Little Monsters starring Oscar winner Lupita Nyong’o. Nyong’o plays a kindergarten teacher who must protect her class from hoards of the undead with the help of a children’s entertainer, played by Josh Gad. The opening event will include a screening of James Quinn’s new short Daughter of Dismay, screening in 70mm.

Former festival guest Richard Stanley’s long-awaited directorial follow-up to 1992’s Dust Devil, Color Out of Space, which featured in the Midnight Madness section of this year’s Toronto International Film Festival, will screen on Saturday 26th. Starring Nicolas Cage in Mandy-mode, and adapted from a H.P. Lovecraft short story, this vivid film centres on a small town dealing with the after-effects of a meteorite strike.

Fresh from screening out of competition at the Cannes Film Festival, Won-Tae Lee’s The Gangster, The Cop, The Devil sees a criminal team with the police to track down a serial killer. This South Korean production is one of many international offerings at this year’s festival, which includes films from Venezuela, Russia, Israel, Thailand, Denmark and Kazakhstan.

As always, Irish talent is represented within the programme with Paddy Murphy’s The Perished debuting on Sunday night, while Zoe Kavanagh, whose feature Demon Hunter screened at Horrorthon 2016, will return with the short Meat Cute, written by Tara Brady. The festival’s closing film on Monday 28th, Ant Timpson’s Come To Daddy, was shot by Irish-born cinematographer Daniel Katz and features Irish actor Michael Smiley alongside Elijah Wood and Martin Donovan.

As with recent years, the festival will include some fascinating documentaries about the world of horror filmmaking. Scream, Queen! My Nightmare on Elm Street (Saturday 26th at 13.00) details how A Nightmare On Elm Street 2: Freddy’s Revenge became part of the LGBTQ+ film canon, and the effect this had on the career of its star, Mark Patton. Blood and Flesh: The Reel Life and Grizzly Death of Al Adamson (Thursday 23.00) looks at the cult figure and B-movie maverick, while The Magnificent Obsession of Michael Reeves (Sunday at 15.00) looks at the revered director of Witchfinder General who died in 1969 at the tragically young age of 25.

Other highlights throughout the weekend include Oscar winner Helen Hunt in domestic chiller I See You (Saturday at 15.00); Travis Stevens’s Girl on the Third Floor (Thursday at 21.10), which premiered to strong reviews at SXSW earlier this year; Ping Lumpraploeng’s tense creature thriller The Pool (Monday at 18.45); and three anthology films: Deathcember (Friday at 22.45), A Night of Horror: Nightmare Radio (Sunday at 22.50) and Immortal (Monday at 13.00).