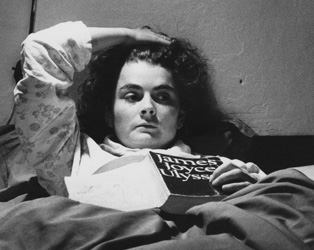 FLIRTING WITH THE LIGHT

Leo O’Kelly, aged 50, is about to make his first solo album in over 25 years. Since his debut, aged 14 in a Carlow showband, he has been widely admired as a brilliant guitarist and song writer and a man of an ever-changing, timeless, eclectic style. The film follows the recording of the new album Glare in Temple Bar’s Sun Studio, documenting the inevitable tensions that arise among creatives and capturing the moments of genuine elation when shared visions are realised. The focus is Leo himself, an intelligently volatile character, who blossoms in the presence of McAdam and her crew.

McAdam’s debut, a comical short, about Jack (Jack Lynch, who co-wrote the film) and the catastrophic effects of a night’s drinking. This marked McAdam’s first film collaboration with actors Donal O’Kelly and Pom Boyd.