In 1941 sisters Thom and Mars have built LOLA, a machine that can intercept radio and TV broadcasts from the future.

With the Second World War escalating, the sisters decide to use the machine to intercept information from the future that could help with military intelligence. The machine initially proves to be a huge success, rapidly twisting the fortunes of the war against the Nazis.

While Thom becomes intoxicated by LOLA, Mars begins to realise the terrible consequences of its power. As their relationship falls apart, a fatal error with the machine creates a nightmarish future. Can the sisters’ love for each other save the world they’ve lost? 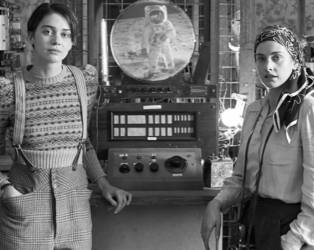