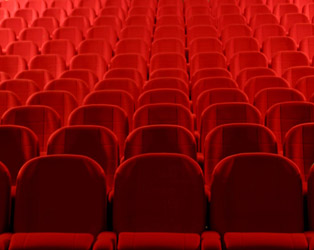 The IFI Open Day 2017 is set for Saturday September 16th, this year coinciding with the 25th anniversary of the opening of our landmark premises in Dublin’s Temple Bar.

It’s going to be a packed day full of special events and classic screenings, and it’s all free as a thank you to our customers which have come through our doors in the last twelve months, and everyone over the last quarter of a century.

One of the highlights of the day is always the Audience Choice – which gives us a chance to bring back a favoured film from the last 12 months for one night only.

The short list was whittled down by IFI staff and we’ve also got them to weigh in on why these films deserve another airing. Check out their comments below, and click here to vote for your favourite before September 8th, 2017.

HUNT FOR THE WILDERPEOPLE
One of my favourite films this year was the irresistibly charming Hunt For The Wilderpeople, my pick for the Audience Choice Poll. An odd-ball buddy film full of heart, offbeat humour and twisty adventure in the “majestical” New Zealand countryside. You’re guaranteed to leave the theatre a happy camper. (Heidi, Development)

PATERSON
An ode to the beauty of the ordinary, Jim Jarmusch’s film gently immerses the viewer in the tranquil perspective of its eponymous bus-driving poet, sensitively played by Adam Driver. Supported by his exuberant wife Laura and their ill-tempered bulldog Marvin, Paterson’s quiet meditations on his blissfully mundane existence wash over the audience in one of the year’s most understated pleasures. (Oliver, Box Office)

EMBRACE OF THE SERPENT
Ciro Guerra’s bracingly original film presents two parallel Amazonian adventures in different time periods. A satisfying devise in its own right, the dual narrative also affords a critique of colonialism and the destruction of indigenous peoples at the hands of white traders. Filmed in gleaming monochrome, Embrace of The Serpent is both a sensory and contemplative work, the cumulative effect of the visuals and thematic weight of the story creating an intoxicating experience. (David, Cinemas)

MANCHESTER BY THE SEA
Kenneth Lonergan’s study of a quiet suburban coastal town is a masterful account of what life is really like, with all the pain, all the questions that go unanswered and all those little life lessons we never learn. It is a film that finds warmth in the depth of winter and even in its saddest moments, it rims with sincerity and unrelenting heart. (Michelle, Marketing)

THE CHILDHOOD OF A LEADER
Brady Corbett’s directorial debut was the film of 2016 for me, an outstanding and audacious film that fascinated me so much that I saw it three times! The story of the rise of a fascist leader in post WWI France, the superb performances were for me, topped by an exhilarating score from the legendary Scott Walker. Unique, mind-blowing, lean and mean essential viewing. (Aisling, Box Office)

AMERICAN HONEY
Andrea Arnold’s film about a directionless young woman Star (Sasha Lane) who runs away with the enigmatic Jake (Shia LeBeouf) and his hedonistic travelling sales crew is a fascinating portrait of young people on the margins. Directed with intimacy and empathy for its characters, Arnold’s road movie was one of the most captivating experiences I’ve had this past year. (Richard, Education)

Daniel Blake is a kind-hearted, widowed carpenter who, due to illness, has been forced to give up his career and proceeds to get lost in the bureaucratic web of the state welfare system. Fighting for respect and dignity in a world that doesn’t seem to share his values, while helping struggling single parent Katie and her two children to survive along the way, he reminds us all how to be human beings with heart. Mixing moments of humour and warmth with moments of utter heartbreak, Ken Loach’s film is prescribed viewing for everyone. (Saidhbh, Membership)

Here’s the full list:
A Date For Mad Mary
American Honey
Embrace Of The Serpent
Hunt For The Wilderpeople
I, Daniel Blake
Manchester By The Sea
Moonlight
Paterson
The Childhood Of A Leader
Toni Erdmann

Be sure to click here to vote for your favourite before September 8th.