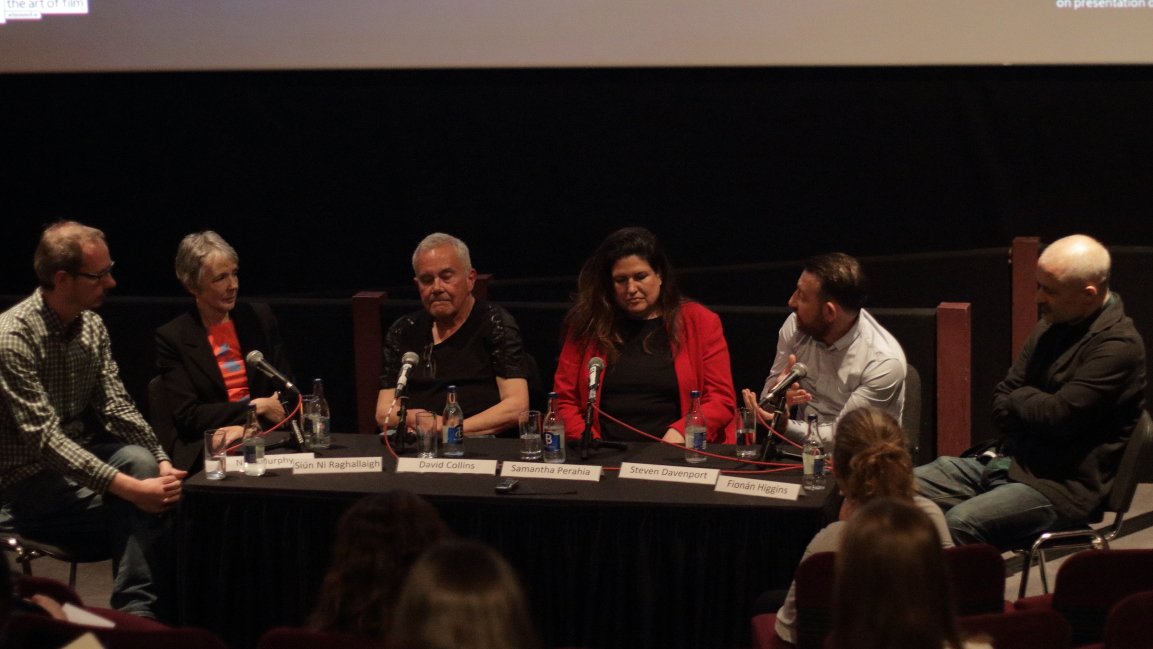 IFI Spotlight 2019 took place on Thursday May 30th at the Irish Film Institute, welcoming panellists for sessions discussing a wide variety of topics at the heart of the Irish Film and TV industry.

Below you will find full audio recordings of the four sessions with details on the speakers and their organisations.

Dr Roddy Flynn of DCU and Dr Tony Tracy of NUIG will review the film and television output of 2018, considering the continuing presence of Irish talent on the world stage, discussing fresh new work in film and TV drama, and identifying new trends in feature film production.

Annie Doona, Chair of Fís Éireann/Screen Ireland, will provide an update on the success of recent funding strands introduced to achieve gender equity across film development and production. Fionnuala Murphy, BAI, will update on BAI strategies towards improved representation by women across BAI-funded strands. Sunniva O’Flynn of the IFI, will report on the IFI cinema’s F-rating and representation of women practitioners across IFI programme. Session will be moderated by Dr Susan Liddy, Department Media and Communications, MIC, Limerick.

James Hickey will soon step down from his eight-year stewardship of Fís Éireann/Screen Ireland. In conversation with Hugh Linehan, Arts and Culture Editor of The Irish Times, he will reflect on his tenure – on Screen Ireland’s contribution to the growth of the Irish film industry over the past ten years; the ongoing battle for retention of industry tax incentives; the highlights of his time at the helm and the areas he wasn’t able to develop as he would have hoped; and where he thinks the future focus of Screen Ireland needs to be as a new era dawns.