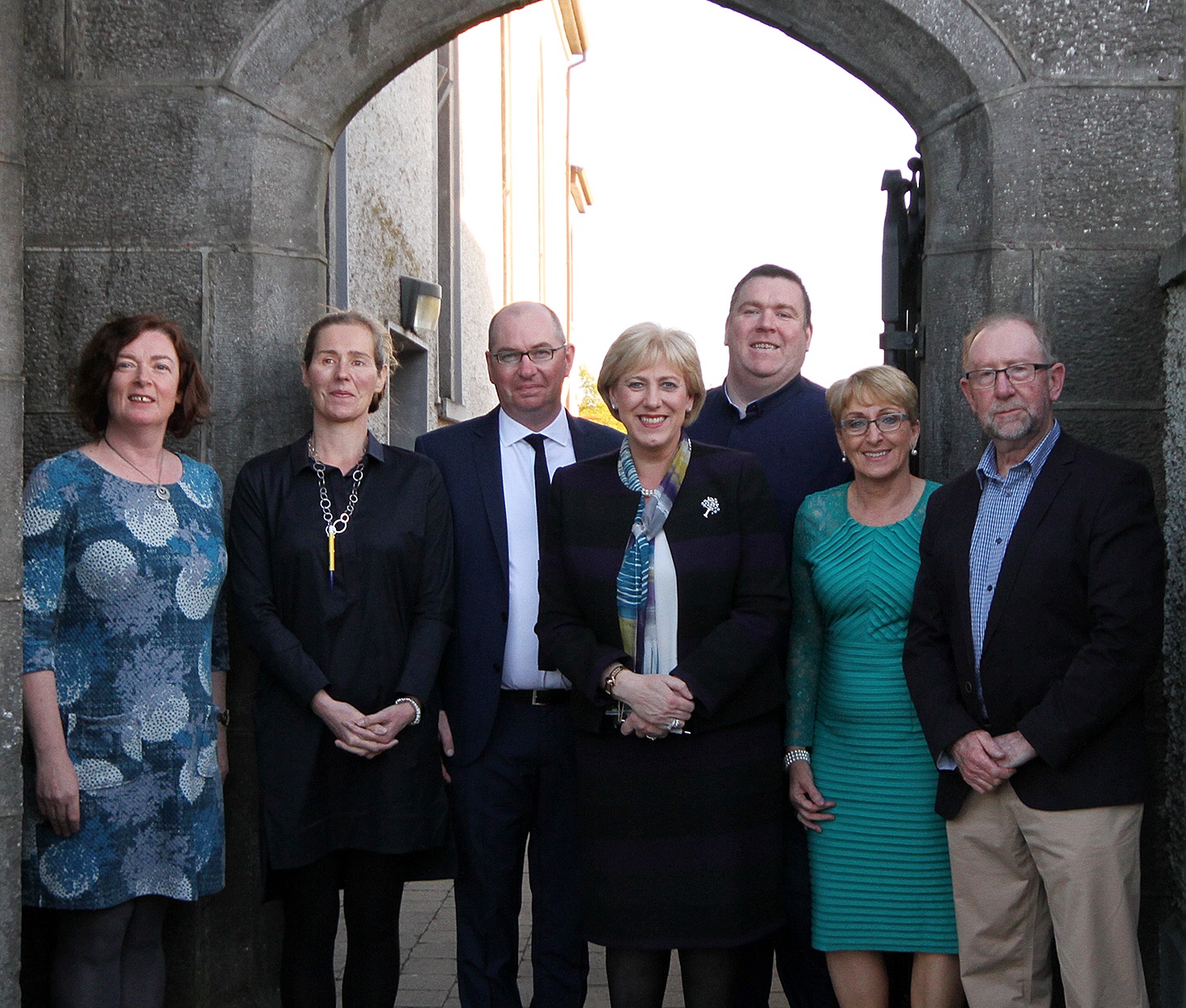 IFI NATIONAL’S LOCAL FILMS FOR LOCAL PEOPLE PROGRAMME, NOW IN ITS FIFTH YEAR, RETURNS FOR ANOTHER NATIONWIDE TOUR OF TREASURES FROM THE IFI IRISH FILM ARCHIVE

December 18th, 2017: The Irish Film Institute’s Local Films for Local People project provides a window on the collections of the IFI Irish Film Archive. In 2018, for the fifth year running, we will bring county-specific programmes to regional venues where they will be enjoyed by communities who have a direct connection with the people and places represented on screen.

The programmes create a rich tapestry of each county’s history, and include films about public and domestic life showing agricultural, educational, religious and political activity running over several decades. Since the programme launch in 2014, Local Films for Local People has been presented in 19 venues across 12 counties.

Commenting on the 2018 programme, IFI Head of Irish Film Programming Sunniva O’Flynn said, ‘At IFI we celebrate the history of Irish cinema and the community experience of cinema-going. We are delighted to work with a range of dynamic regional arts venues to create this community experience and to allow audiences of all ages to engage with their local heritage.’

The 2018 programme kicks off in March with Down Wexford Way, screening at the Wexford Arts Centre. The earliest film in the collection dates from 1902 when film pioneers Mitchell & Kenyon filmed in Wexford town; a rarely seen silent film of New Ross in 1947; stories from the Amharc Éireann newsreels including a Fleadh Ceoil in Gorey; the visit of General ‘Ike’ Eisenhower; and a surprise win for Wexford in the 1960 All-Ireland Senior Hurling Championship.

In May, the IFI travels to the Droichead Arts Centre in Co. Louth to present a screening as part of Age and Opportunity’s Bealtaine festival. A Look at Louth features the earliest flickering images of Drogheda taken from a moving train by the frères Lumières in 1897; Bridge of the Ford, a documentary commissioned by the Medical Missionaries of Mary in 1948;  Dundalk cinema advertisements from the 1930s; and short films made by Gael Linn showing the ICA headquarters in Termonfeckin in the early 1950s; ships running aground, beauty contests, dog shows, and mystery fires in the 1960s.

The IFI also heads west in May to revisit Leitir Móir, Co. Galway, with a collection of films showing life in Galway and Connemara in the 1950s and 1960s. The programme includes a great GAA victory in 1956; films by Dutch designer Jan de Fouw on holiday in Connemara; and, from the Radharc Archives, The New Matchmakers (1963).  In July, by popular demand, the IFI will return to the Galway Film Fleadh with a new programme of Galway-related films: GAA finals, amateur films, and newly discovered film of the Aran Islands.

For Culture Night 2018, the IFI will visit the Mermaid Arts Centre in Bray, Co. Wicklow with a programme featuring a broad sweep of material filmed in this most photogenic county. It includes film of the Newcastle TB Sanatorium in 1946; a road safety film Mr Careless Goes to Town (1949); Wicklow newsreel stories from the 1960s about movie stars, moto-ball and ploughing championships. A highlight of the night will be a cine-concert presentation of recently re-discovered Some Say Chance which was filmed in Wicklow in 1934 and will be accompanied by live music.

In November, the IFI will visit the Cork Film Festival with Cork on Camera, featuring fiction and non-fiction films from the collection including work by Louis Marcus; newsreels featuring the city and county from 1916 to the 1960s, and travelogues from the 1930s to the 1960s.

Finally, in December, the IFI will visit The Model Arts Centre in Sligo to present a screening of A Snapshot of Sligo featuring documentaries about William Butler Yeats; amateur films by Kevin Murray and others showing Sligo Town and environs; Sligo in the newsreels; and a film by internationally respected geographer JC Coleman, Journey into Sligo (1950).

As well as the Local Films for Local People events running throughout the year, the IFI will have a number of other regional events such as the Traveller Pride programme at Triskel Arts Centre in Co. Cork in February, and films screening in our ongoing collaboration with the Belltable in Limerick.

ABOUT THE IFI
The Irish Film Institute is Ireland’s national cultural institution for film. It provides audiences throughout Ireland with access to the finest independent Irish and international cinema; it preserves and promotes Ireland’s moving image heritage through the IFI Irish Film Archive, and it provides opportunities for audiences of all ages and backgrounds to learn and critically engage with film.

ABOUT LOCAL FILM FOR LOCAL PEOPLE
The Local Films for Local People Project sees collections of local-interest films being brought back to the communities in which they were made. This annual programme, launched in 2014, will this year travel to Cavan, Wexford, Carlow, Limerick and Galway.

ABOUT THE IFI IRISH FILM ARCHIVE
The IFI is a custodian of Ireland’s unique moving image heritage. As the home of the national collection of moving image, the IFI Irish Film Archive is at the centre of this activity, comprising a collection of over 30,000 cans of film and 10,000 broadcast tapes documenting Ireland’s past and present from 1897 to the present day, chronicling the social, political and cultural development of modern Ireland. The mission of the IFI Irish Film Archive is to acquire, preserve and provide access to Ireland’s moving image collections and associated materials for the benefit of current and future generations