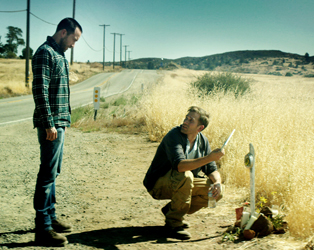 The directors of Spring (2014) return with a surprising and unpredictable film that burrows its way under the viewer’s skin.

Two brothers struggling to make ends meet receive a videotape from the cult they escaped from a decade previously, and which they have since publicly denounced, that entices them into returning to the cult’s property, Camp Arcadia. What starts as a seemingly benign visit becomes something else as unnerving details accumulate.