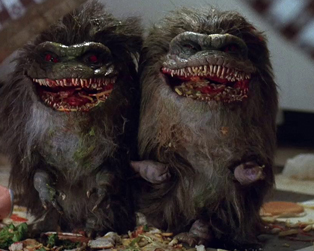 IFI Horrorthon is fast approaching with more than 20 features, most of them Irish premieres , from the 25th to the 29th of October 2018 and we can’t wait to kick off the mayhem!

One of the highlights of this year, and every year, is our Friday night trio of double bills. All three cinemas at the Irish Film Institute play back to back tales of fear and fright, all you have to do is figure out which you’re most in the mood for. And best of all, you’re getting to see two films for the price of one!

This year is extra special because we have a very cool guest in for one our late night doubles, as horror-maestro Mick Garris is going to be here. He’ll introduce the screenings of Critters 2 and The Fly II. The former was his directorial debut in 1986 while he penned the screenplay for the latter, the follow up to David Cronenberg’s masterful remake. Check out both of these in Cinema 1 from 23.00.

More details on the films, trailers and more are below. See you there!

The Axiom / Living Space – from 23.10 on Friday Oct 26th.
The Axiom sees a young woman attempting to rescue her sister from a group of monsters. In Living Space, a young couple try to escape the sadistic spirit of an SS officer.

Road to Hell / The Tokoloshe – from 23.20 on Friday Oct 26th.
In Road To Hell, thieves rescue and attempt to help a boy with a dangerous secret. South African The Tokoloshe sees a hospital cleaner trying to rescue a supernaturally endangered child.