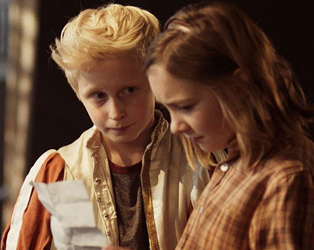 Sune spends his summer playing fantasy games with his crush Sophie and his geeky younger brother. Things change on his return to school when a boy with the same name arrives on the scene, attracting Sophie’s attention. Sune makes it his mission to reclaim her affections in this comedy about growing up, making mistakes, and being comfortable with yourself.