Ruth Stoops is a homeless, glue-sniffing pregnant single woman targeted by Pro-Life and Pro-Choice campaigners when they both see her potential as someone to be exploited in furtherance of their cause. A comedy on abortion is not exactly conventional fare for a movie debut, but Payne has the fearlessness of a born satirist, while also having a heroine (Laura Dern in formidable form) who resolutely resists any sympathetic identification in her ruthless and selfish quest for survival. The splendid supporting players, headed by Kurtwood Smith and Burt Reynolds for the Pro-Lifers and Swoosie Kurtz and Tippi Hedren as their opponents, tear into the material with rare comic gusto.

Not widely shown on first release (it never screened theatrically in most of Europe), Citizen Ruth is a spiky movie about how the needs of the individual can be forgotten when what she represents becomes more important than who she is. It also shows Payne starting as he means to go on: i.e. uncompromisingly. (Notes by Neil Sinyard.) 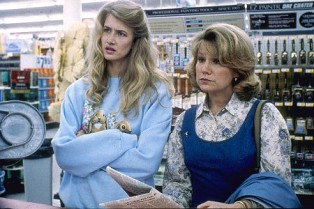