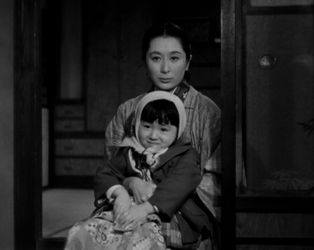 Kinuyo Tanaka’s third film as a director tells the story of Fumiko Nakajo, an ill-fated female tanka poet whose life was brought to a premature end by breast cancer. Set on the plains of Hokkaido, it features a fully-committed performance from star Yumeji Tsukioka, whose character deals with the pain of being separated from her son, then suddenly finds herself forced to confront her mortality, yet still invests herself wholeheartedly in one last love affair. The supporting cast includes Masayuki Mori, one of the most revered actors of Japanese cinema’s golden age, as well as Ryoji Hayama in his first film role, Yoko Sugi, and Shiro Osaka. The screenplay was penned by Sumie Tanaka, further consolidating the “films for women, by women” outlook that Kinuyo Tanaka strived to advance.