EVENING COURSE: EXIT THROUGH THE CINEMA

A Six-Week Evening Course on British film since the 1980s

Amid the trade-dominating Brexit debates, there has been much less discussion of the impact on British culture, in particular cinema, which has long enjoyed a presence on the international arena. British cinema has evolved with a wealth of talent, sources of funding and the distinct styles and genres that make up a recognisable national cinema, reflecting a richly diverse society.

This six-week course will look at some key British films from the past 40 years. The course will run on consecutive Tuesdays, commencing at 6.30pm unless otherwise stated. Order of screenings may vary slightly.

Landmark film by director Stephen Frears, adapted from a Hanif Kureishi screenplay. It’s 1980’s south London, where Pakistani and English characters live side by side, both caught up in the loadsamoney economic policies of Thatcher’s government. When racist Johnny (Daniel Day-Lewis) falls in love with launderette manager, Omar, the men are awoken to new possibilities.

Dr Jennie Carlsten will discuss the film’s impact at the time of release, from the groundbreaking Channel 4 stable.

Scottish filmmaker and writer Lynne Ramsay burst onto the scene with this lyrical, evocative coming-of-age story on the grim Glasgow streets, as seen through the eyes of 13-year-old James. Showing clearly her social realist influences, Ramsay’s award-winning first feature depicted grim places and characters that she invests with her particular style.

Artist, sculptor and photographer Ruth McHugh will present Ratcatcher in the context of Ramsay’s work to date,  and her status as a female filmmaker working in the international filmmaking arena.

Danny Boyle’s thriller debut for cinema, Shallow Grave, showed his grip of a cinematic style with a distinct British edge, which he carried through to explosive effect in Trainspotting. For his next UK set feature, written by Alex Garland, London is hit by an apocalyptic vision, through viral infection. Boyle’s digital video and effects generate enough horror, the city dark and seedy as survivors, lead by Cillian Murphy, try to find their way out.

Dr Sian Barber (QUB) will discuss 28 Days Later as a genre piece, as well as looking at the broader sphere of British horror and sci-fi.

“It seems to be easier for us today to imagine the thoroughgoing deterioration of the earth and of nature than the breakdown of late capitalism; perhaps that is due to some weakness in our imaginations” – Fredric Jameson.

The landscape films of Patrick Keiller have displayed a Britain through the eyes of the fictional Robinson –  a wandering, erratic scholar researching locations and prehistoric sites, offering comment on an England in decline.

Following London and Robinson in Space, the third film, Robinson in Ruins, centres on the countryside around Oxford. Robinson, narrated by Vanessa Redgrave, offers history and geography, connecting both through closely observed images. Rod Stoneman, former Director of the Huston School of Film & Digital Media at NUI Galway, CEO of the Irish Film Board and a commissioning editor of Channel 4, will discuss Keiller’s work, and its place within the broader remit of television commissioning.

Taking on British cinema’s social realist mantle, Scottish Scott Graham follows his debut feature Shell with this island set drama, in which young mother (Ruth Negga) returns to her birthplace with her teenage son, to escape from a violent Glasgow scene. Amid the island’s stark beauty, stepdad Daniel offers refuge but the claustrophobic atmosphere of strict religion and tradition weigh heavily. Strained family relations and revelations add to overall tensions as the escapees struggle to find their place.

From Merchant Ivory’s richly drawn tapestries to countless literary adaptations, the period drama has been a constantly revisited genre in British cinema. Based on an original Russian novella, this 19th Century set adaptation is a pared back costume piece, centring on a young woman, Katherine, stuck in a cruel marriage to an older man, while finding passion with the groom. In this disconcerting revenge drama, the director draws on stark imagery and an atmospheric soundtrack to contrast the horrors within with the exterior freedoms of the northern England setting.

Dr Ruth Barton (TCD) will discuss Lady Macbeth and how the costume drama has evolved and been reworked up to current hit, The Favourite. 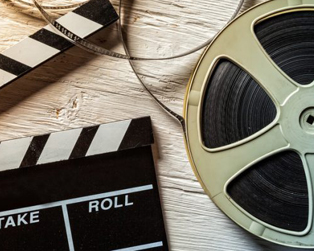