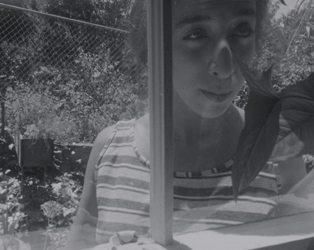 We are delighted to welcome Director of LUX, Benjamin Cook and artist Anne-Marie Copestake to introduce the screening. A post-screening discussion will take place in Studio 6 at Temple Bar Gallery + Studios. This will mark the re-launch of Dublin’s Critical Forum.

Chick Strand’s masterpiece Soft Fiction is a remarkable work of collective representation. Each of the five women in the film collaborated with Strand to build the film’s rich and complex picture of female subjectivity blending poetic documentary with lyrical abstraction. Its rare and open depiction of female sensuality was controversial when first shown but Soft Fiction is now celebrated as one of the defining feminist films of the 1970s. Screening with Soft Fiction is Glasgow-based artist Anne-Marie Copestake’s And Under That, a portrait of two women which examines legacies and patterns of so-called emancipation.

Soft Fiction is preserved by the Academy Film Archive with funding provided by the Los Angeles County Museum of Art (LACMA) and The Film Foundation. And Under That is a Margaret Tait Award film supported by Glasgow Film Festival, LUX and Creative Scotland.