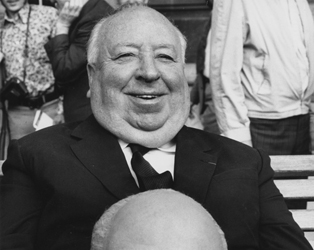 THE GENIUS OF HITCHCOCK: PART TWO

After December’s initial sample, the complete Alfred Hitchcock retrospective now gets seriously under way, using the British Film Institute’s superb collection of the best available prints, many of them newly restored. The BFI’s own recent retrospective in London grouped the films ingeniously in a series of categories: for this month’s titles, the labels are ‘Hitchcock’s Britain’, ‘Sound and Music’, ‘Hitchcock Goes to War’, and ‘Hitchcock’s Family Plot’, with other categories to follow in February and March.

Inevitably, this is somewhat arbitrary. Blackmail, for instance, is listed by the BFI under the heading of ‘Hitchcock’s Britain’, and it does indeed give vivid images of late-‘20s London: but it is also a key early sound film, a family drama, and – to anticipate later categories – a film focused on ‘The Troubles with Sex’, and one that foregrounds one of his major ‘Writers’ in Charles Bennett.

All this is a reminder of the rich multi-layered quality of Hitchcock’s work. Sensibly, the IFI has arranged the month’s films not by category but in straightforward chronological order, to allow the clearest sense of overall development across half a century. In the words of the American scholar Paula Cohen, “To study Hitchcock is to find an economical way of studying the entire history of the cinema.”

Hitchcock’s Juno and the Paycock – his only Irish story – will be screened on January 6th as part of the IFI Monthly-Must See Cinema strand.

The IFI will also be running a related Evening Course, Shadow of a Genius, which will study directors who have been influenced by Hitchcock (6 weeks, February 5th – March 12th).

From December 2012 to March 2013, the IFI is screening a complete retrospective of the 52 surviving films of Alfred Hitchcock, as well as a number of shorts and alternate versions in what we hope will be the most comprehensive showcase possible of Hitchcock’s work. Rather than screening the films in chronological order, programmes have been selected thematically in accordance with the groupings used by the British Film Institute in their recent retrospective of the same name – please see their website for further details. We wish to extend our gratitude to Rod White and James Rice of the Edinburgh Filmhouse, and Andrew Youdell, Fleur Buckley and Christine Whitehouse of the BFI for their invaluable assistance in mounting this event.