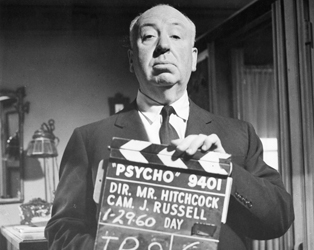 THE GENIUS OF HITCHCOCK: PART ONE

December sees the beginning of a complete retrospective of the 52 surviving films of Alfred Hitchcock, as well as a number of shorts and alternate versions in what we hope will be the most comprehensive showcase possible of Hitchcock’s work. The largest season the IFI has undertaken, it is currently scheduled to conclude in March 2013. Rather than screening the films in chronological order, programmes have been selected thematically in accordance with the groupings used by the British Film Institute in their recent retrospective of the same name – please see their website for further details. We wish to extend our gratitude to Rod White and James Rice of the Edinburgh Filmhouse, and Andrew Youdell, Fleur Buckley and Christine Whitehouse of the BFI for their invaluable assistance in mounting this event.

More than 30 years after his death, Alfred Hitchcock still seems a living presence. This year alone has brought two biopics (The Girl from the BBC, Hitchcock from Hollywood); the summer-long celebration of his work in London, as cinema’s contribution to the so-called Cultural Olympics; and the overtaking of Citizen Kane as top film in the semi-official international poll of film critics by Vertigo. Quite simply, Hitchcock remains the nearest we have to a universal representative of the medium, spanning a remarkable range in terms of time (50 years as a director), of geography (England, Europe, America), of formal elements (silent and sound, classical cinema and experimentation), and of appeal – he remains both a popular icon and a focus for rarefied academic study. Now the IFI presents its own retrospective, tracking his path via a range of key collaborators from the 1920s to the 1970s: a wonderful opportunity to see all the films in the conditions for which Hitchcock designed them so carefully, on the big screen with a theatrical audience. This first instalment saves the most celebrated titles for later, but that is no problem: all of these films play out characteristically intense dramas of guilt and innocence, anxiety and suspense.