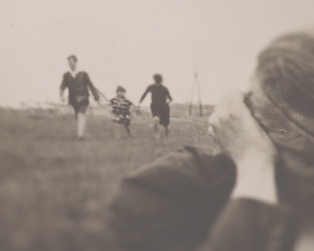 This film screened on 2nd February 2020.

On February 2nd, IFI and the Museum of Literature Ireland (MoLI) celebrate James Joyce’s birthday with work commissioned by MoLI.

Alan Gilsenan’s Ulysses | Film is a personal response to, and cinematic ‘reading’ of, Joyce’s iconic novel. Fractured and poetic, reverent and irreverent, the film is a ragbag of sorts; a myriad of images and sounds emerging from the infinite wonders of Joyce’s imaginary world. Structured around the 18 episodes of the book, the film, narrated by Paul Durcan, acts as a distillation of Ulysses.

If you walk through the streets of Dublin, you can still trace the descriptions and hear the sounds of Joyce’s beloved city. This short film, adapted by Susie Lopez and directed by Dave Tynan, is a sprint through Joyce’s Finnegans Wake featuring an eclectic host of actors, poets (John Kelly and Paul Muldoon), performers and children reading passages from Joyce’s work in the places that inspired him.