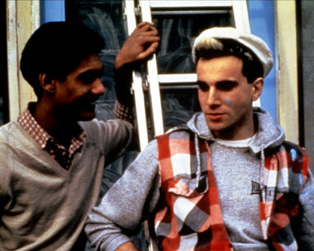 My Beautiful Laundrette launched the screen career of actor Daniel Day-Lewis, and established a new way of portraying gay and Asian characters in British drama. Ostensibly a rites-of-passage story about a young Asian man’s entry into the hard world of Thatcherite enterprise, the film has never been equalled for its complex portrayal of characters who are usually represented in polarised form. Best of all are the performances of Saeed Jaffrey, as the boy’s businessman uncle, and Shirley Anne Field as his mistress — these two truly embody all the contradictions which the film sets out to explore.

This screening is this year’s GAZE Festival Friends event.