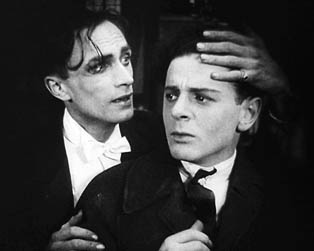 An early film of the Weimar era, Different From the Others is an earnest and surprisingly progressive portrayal of two gay musicians falling in love, who find themselves embroiled in a malicious blackmail scandal — providing a scathing commentary to the oppression of the time. A priceless gem of LGBT visual history, the film was made as a reaction to Germany’s Paragraph 175 law, which made homosexuality a criminal offence. Thought to be the first pro-gay film ever produced, its subversive and clandestine depiction of homosexual love was thought lost for decades, before it’s eventual re-discovery in post-Nazi Germany.

The film will include a live improvised score from pianist and composer Morgan Cooke. Presented in association with Goethe-Institut Irland.