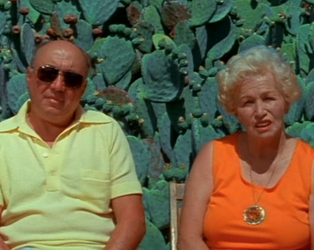 This screening will be introduced by filmmaker Ken Wardrop.

In the lead-up to the IFI Documentary Festival, one of Ireland’s most successful documentary filmmakers, Ken Wardrop, has chosen to present Errol Morris’s first feature for September’s Bigger Picture selection. Acknowledged as a game-changer in non-fiction filmmaking, Morris gained recognition with this film about a pet cemetery.

Proving that you could make a film about anything if you had the right approach, and subsequently choosing topics as diverse as Vietnam, tabloid media and Wormwood, Gates of Heaven began Morris’s long, illustrious career of persuasively extracting stories from his subjects, splicing them in ways that could reveal much more than one might expect.

Click here for full details of the IFI Documentary Festival