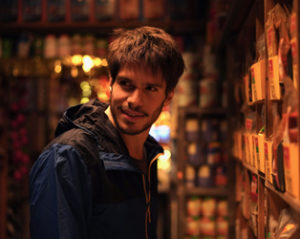 30-somethings Rémy (François Civil) and Mélanie (Ana Girardot) both live alone in Paris. They take the same Métro, shop in the same grocery store, and go home to their apartments in two adjacent buildings, yet they have never met. Collaborating with young cinematographer Élodie Tahtane, Klapisch delivers a stylised, nuanced film with vibrant performances by both leads and a strong supporting cast of Camille Cottin, François Berléand and Simon Abkarian. An examination of urban isolation, it explores what it means for a young generation to be single in the age of social media. MPR

Director’s note: Cédric Klapisch returns to Paris to film this tender before-love story, fondly recalling his delightful early film When the Cat’s Away.