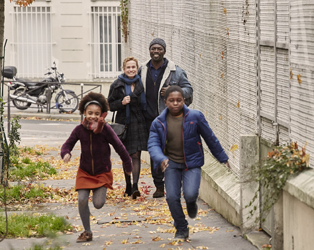 Abbas (Eriq Ebouaney) is an asylum seeker who has fled civil war in the Central African Republic to live in Paris where he works menial jobs to provide for his two young children. His brother Etienne has also made the crossing, but his wife was not so fortunate and Abbas’s dreams are haunted by her memory. Tentatively he begins a relationship with Carole (Sandrine Bonnaire), a matter-of-fact woman who offers him a home for his children, but Abbas must await the outcome of the asylum process before committing to his new life.