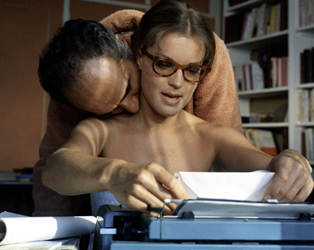 Middle-aged Parisian architect Pierre (Michel Piccoli), victim of a violent car crash, lies waiting for an ambulance. Drifting in an out of consciousness, his life flashes before him, as we learn of the mistakes he has made, moments of joy, and the choice he must make between two lovers. Chronology is fractured by voice-over and reverse slow-motion, flashbacks, speeding up or leaping back in time. This masterfully crafted romantic melodrama is accompanied by a gem of a score by Philippe Sarde. Sautet’s widespread acclaim cemented a partnership with actors Michel Piccoli and Romy Schneider, and screenwriter Jean-Loup Dabadie.