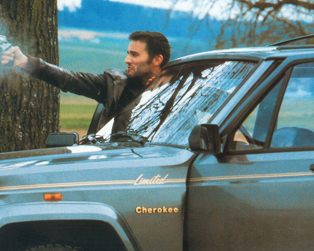 This screening will be introduced by Cédric Kahn. He will also take part in a Masterclass on November 17th.

In 1986 Roberto Succo escapes from an Italian psychiatric institution where he was incarcerated for the brutal murder of his parents. On the run in France, he leaves a trail of inexplicable abductions, robberies and murders. Based on journalist Pascale Froment’s original documents, which rely on eyewitness evidence, the strength of Cédric Kahn’s equally rigorous film comes from the fact that he does not attempt to rationalise Succo… ‘There is no explanation of Roberto Succo. There’s just this juxtaposition of incoherent facts, which ends up forming a portrait.’

Director’s Note: With a mesmerising performance by Stefano Cassetti as Roberto Succo, Cédric Kahn’s superb true-crime drama is a chilling depiction of a chaotic killer without a reason.