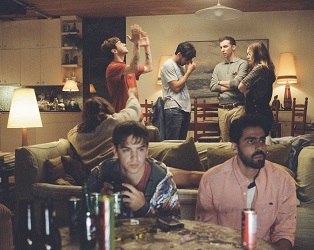 Maxime (Xavier Dolan) is preparing to move from his hometown of Montreal to Australia, leaving behind his troubled mother (Anne Dorval) and boisterous group of twenty-something friends, including lifelong best pal Matthias (Gabriel D’Almeida Freitas). A few months before his departure, the gang spends the weekend at a lakeside retreat, where Matthias and Maxime agree to take part in an experimental student film, which requires them to kiss. After it happens, a change occurs between them, one they cannot articulate, but neither can they deny its powerful impact…