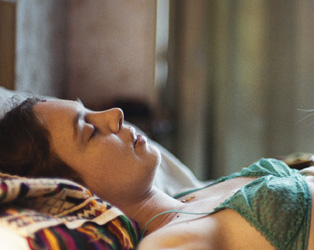 Jeune Femme tells the story of Paula, who finds herself alone in Paris after a break-up. With little to her name, other than her furry white cat, Muchaca, we follow her fearless, intense, multi-faceted character on a precarious journey as she bounces from one encounter to the next, transforming as she goes, eventually stealing your heart. Léonor Serraille’s début feature and Cannes Caméra d’Or winner captures Paris by day and night with startlingly vivid imagery, and features actress Laetitia Dosch in almost every frame.

Director’s Note: Laetitia Dosch gives a captivating performance as Paula, the remarkable and explosive ‘jeune femme’ on the verge of a nervous breakdown.