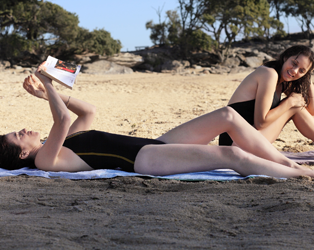 The screening on Sunday, November 19th will be introduced by the film’s co-writer Léa Mysius.

In Ismael’s Ghosts, Mathieu Amalric reprises the role of Ismael Vuillard, who first appeared in Arnaud Desplechin’s Kings and Queen (2004). Vuillard is now a film director making a thriller based on the life of his brother, whom he believes to be a spy. Ismael’s wife Carlotta has been missing for twenty-one years and is presumed dead. Now living with Sylvia (Charlotte Gainsbourg), an astrophysicist, Ismael’s already complex world is further derailed by the surprise reappearance of Carlotta (Marion Cotillard). Desplechin’s typically exuberant film was chosen to open this year’s Cannes Film Festival.