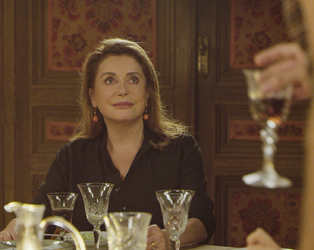 The screening on Saturday 16th will be followed by a Q&A with actor Vincent Macaigne.

Andréa (Catherine Deneuve in a beautifully nuanced performance) reunites her children at the family home to celebrate her 70th birthday. Joined by her two sons, Vincent (Cédric Kahn, festival guest of honour 2018) and Romain (Vincent Macaigne), what should be a nice get-together in an idyllic setting quickly escalates from tension to conflict. The arrival of Andréa’s daughter, the electric Claire (Emmanuelle Bercot), who three years after vanishing unexpectedly returns, reuniting with her teenage daughter Emma, whom Andréa has raised. Tensions heighten in this comedydrama as family neuroses test how deep their love runs.